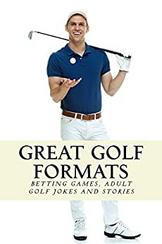 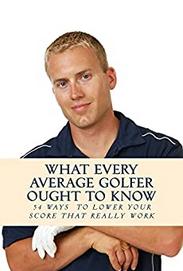 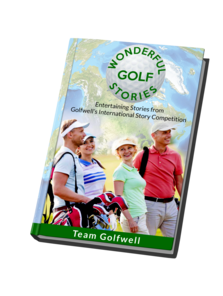 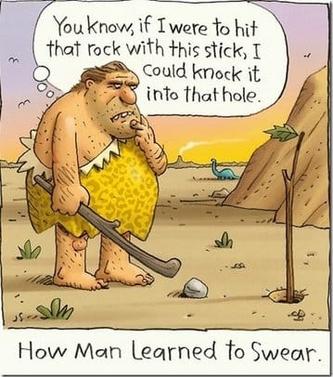 ​As part Team Golfwell contribution during these difficult quarantine times, we’ve schedule giveaways of these 6 books as absolutely free downloads from April to the early part of May 2020.  Here is the free book schedule,

Golf Shots: How to Easily Hit a Wide Variety of Shots like Stingers, Flop Shots, Wet Sand Shots, and Many More for Better Scoring, free from April 14th through April 17th, 2020. Click here

A Complete Guide for Golfers Over 50: How to Reach Your Full Playing Potential and Have Fun Doing It, free from April 22 through April 25th, 2020. Click here

What Every Average Golfer Ought to Know: 54 Easy Ways to Play Smarter, and Get Lower Scores That Really Work, free from May 4th through May 7th, 2020. Click here

“The main idea in golf as in life, I suppose is to learn to accept what can't be altered and to keep on doing one's best whether the prospect is bleak or rosy.”- Bobby Jones

Adam Scott said his caddie, Steve Williams, talked with him before playing the first hole in the first round at the 2012 British Open, “We discussed mindset since I usually play well when the majors take place, but I generally wasn’t playing well in the first round.” "Steve suggested I go to the first tee of the first round and play it like it was the 72nd hole which I need to birdie, and that helped my attitude.” But, Adam eventually lost the tournament in the final round. He led by four shots with four holes to play, “Next time, I’m sure there will be the next time, I’ll do a better job,” said Adam briefly discounting the disappointing finish – and not dwelling on it. Most people would have great difficulty after a heartbreak loss at the Open like Adam went through. He knew he was a great golfer and one “Mess up” doesn’t mean, “Give up” in Adam’s attitude. The best part about losing is that it’s only temporary, as Adam came back strong and won the Masters the following year in a dramatic pressure-filled playoff sinking a difficult 12-foot putt with the help of an excellent read by his caddie, Steve Williams.

​Johnny Miller perhaps put it best about Jack Nicklaus, “Jack’s not a normal competitor. He’s the only guy I know who is actually pleased to see someone make birdies. That makes him more competitive and he plays better. He’s very disciplined.” “Pursue what you love…. Don't let anyone else tell you what your life path should be.” - Jack Nicklaus

​Is golf good for your brain? 'Whether it is going for a jog or walking the golf course, keeping physically active is a great way to keep your heart and your brain healthy. By keeping active you make sure your brain has a good, strong blood supply, which is essential to help it function better now and in future.” - Clive Ballard, Director of research at the Alzheimer’s Society

Two Universal Golf Rules:  "No matter how you play, you will lose the match to the golfer in your foursome who annoys you the most."

​Have you ever lost the “feel” of putts? You putt well on the first hole, then you lose your feel on the second hole unexplainably? Greg Norman said, "To avoid losing feel, he used “Hold the hold. Many golfers take a practice putting stroke and a relaxed grip and make the practice stroke exactly as they need to make a smooth putt. They then loosen their grip and regrip the putter (too tightly), when they attempt their actual putt." Greg recommends if you make a nice practice putt, don’t loosen your grip and “hold the hold” when you make the actual putt. Tom Watson and others used this “hold the hold” method very successfully.

​Brooks Koepka said, “I thought thinking ahead would make me stray from my game plan.” And he added, “If you stray from your plan, that’s when the trouble starts.” He told himself before starting the fourth round of the US Open, “You’re here to play golf. Just stick with it for the next 18 holes, have confidence and I will celebrate later.”

“If you worry about the ones you missed, you are going to keep missing them.”     - Walter Hagan

“Under pressure, one of the most important things I have to remember to do is breathe.” - Curtis Strange

“Golf is a nonviolent game played violently from within.” - Bob Toski

“Keep your sense of humor. There's enough stress in the rest of your life not to let bad shots ruin a game you're supposed to enjoy.” - Amy Alcott  ​​​​​​​​ 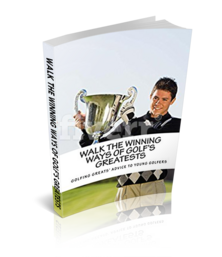 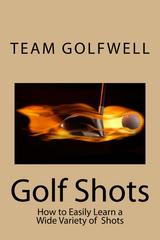